Alrighty!! For my inaugural Photography Tuesday post I will tell you about what was going on at the beginning of this year!

In my post introducing Photography Tuesdays, I told you that there was this "perfect storm" of sorts going on where I started an online class, found out about Project 365, and purchased Photoshop Elements.  As part of the online class, I also purchased a 50mm lens.  This type of lens is a fixed lens, in the sense that it does not zoom in & out.  From what I learned, people like these kinds of fixed lenses for the fact that you can "open them up" or have a wide aperture to let a lot of light in.  And if you need to zoom in & out you move your feet as opposed to the lens.  I am NO expert so I'll leave it to the experts to answer any questions but if you have any feel free to ask me and I can refer you to where I go to find answers :).

Getting the 50mm lens CHANGED my photography.  Well the class helped a lot too :).  It focused on basics and eventually the end goal was to get you to shoot in Manual mode where you, the photographer, choose the ISO (film speed), the aperture (amount of light) & the shutter speed instead of letting the camera do it.  By having full control, you could control the kind of images you capture. 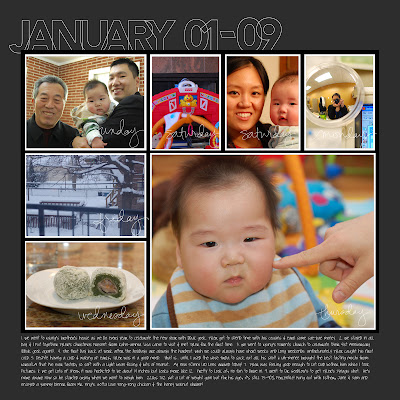 This scrapbook page is my first week of pictures for Project 365. It is also a good sampling of the first photos I took with my new 50mm.  This was when I had high hopes for taking all the new stuff I learned and taking a picture everyday!  This is also where you read my title and realize that it didn't happen, hahaha!  But I don't think of it as a total fail, at least I tried, right?  And I do have pages for the whole month of January & February.  I even did a special layout to document Tyler's surgery - I can share that at a later time.  So you see how everything came together? 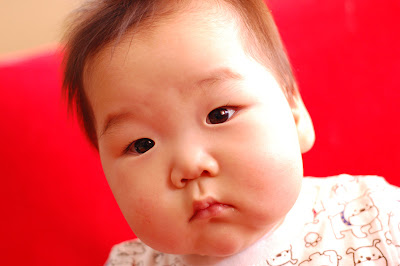 Here are a few more pictures from February. I picked them because I wanted to highlight "bokeh." Here's wiki page that explains it better but here's my attempt. Bokeh is the blurry quality of an image that is not in focus. When you control the aperture, you are controlling the amount of light you will capture but it also affects how much or how little it's in focus. By changing the aperture you can change how much or how little you want the background to be in focus. 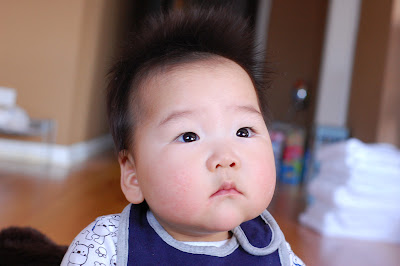 The wider the opening the blurrier the backgroud. I love taking pictures this way because your subject is in focus but the laundry that's folded but not put away is not. So to say that in January & February I took tons of pics of Tyler with a blurry background is an understatement. Just to note, the 50mm lens I purchased was a great lens but it didn't autofocus with my D40 and though it was easy enough practicing on inanimate object, it was crazy hard using it with a squiggly child. So, I ended up selling the 50mm and got a 35mm that autofocuses... best of both worlds.

So how's that for my first Photography Tuesday?  What do you think? Interesting?  At least there are cute pictures!
Ok! Thanks for reading and have a great rest of the day!
at 8/17/2010